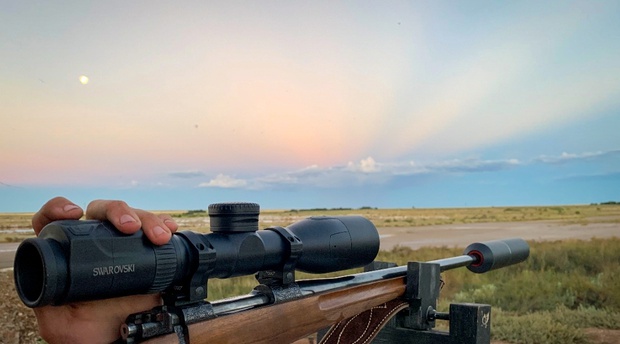 Gkhui Gkhui River Lodge is excited to introduce the first Soutpan Gong Challenge to be held on 10 July 2021 at Renekespan.

There will be a total of 4 stages.

Each stage will consist of 3 positions, two shots will be made from each position at two

Each shooter will have 2 minutes to complete each stage.

500m. Target size will be in proportion to the distance and all targets will be between 2-3

SCHEDULE FOR THE DAY:

A zero range will be open to all competitors on the day before the event and from 6.30am

on the day of the event.

A safety + match briefing will be given at 8am, all competitors must be present for the

The shooting will commence from 8.30am, there will be 25 minutes between each stage for

the competitors to move to their next stage.

A prize giving will be held at the end of the day once all the scores have been calculated.

Rifles shall be any caliber with a bullet diameter of .30” or smaller and not to exceed 3400

FPS. Shooters should understand that environmental conditions and chronographs vary.

They should take these factors into account when settling on their ammunition.

The use of rear bags, tripods, bipods and X-Bags is allowed.

The use of muzzle breakers and silencers will be allowed.

For each confirmed impact, the shooter will receive one point.

A total of 24 points will be a perfect score.

In the case of a draw a shootout will be held.

Shootout will only be held for a draw between 1st and 2nd place.

1. Always point your rifle in a safe direction. Never point a rifle at anything you don’t intend to

2. Always keep your rifle unloaded until ready to use. Treat all rifles as though they are loaded

even if you believe otherwise.

3. Keep your finger out of the trigger guard until you are ready to fire.

4. Know your target and what is beyond.

5. Always wear proper eye and ear protection and ensure others have the same before firing.

6. Never use alcohol or drugs while shooting.

B. Rifle Safety While at a Match

1. All rifles are to be unloaded, with magazines out and bolts to the rearward position.

Chamber flags are to be utilized at all times so that anyone can identify an unloaded rifle.

Officer. Once the stage is complete, the magazine shall be removed, bolt in the rearward

position and chamber flag inserted before the rifle is removed from the firing line.

2. Only ground rifles in a proper rifle rack, or wherever the Range Officer designates as a safe

3. When moving to another shooting location, always ensure the rifle is pointed in a safe

C. Rifle Safety During Your Stage

1. Stages always begin with bolt to the rear and chamber empty unless specifically directed by

the match booklet and the Range Officer.

2. Any movement or barricade transition must be done with the bolt to the rear and an empty

3. During movement, the 180 rule must always be adhered to. The 180 rule refers to only

pointing the rifle with in 90 degrees of straight forward. There may be stages when a Range

Officer reduces the 180 rule even more. Always follow directions and be aware of where you

are pointing your rifle.

match DQ and removal from competition. This includes a live round in the chamber or a

closed bolt. The only violation that will be issued to having a live round in the chamber while

not shooting shall be a match DQ.

2. Muzzling and/or violating the 180 rule: Muzzling is pointing or sweeping another persons

body with the muzzle of a rifle. There will be no warnings of this unsafe act. If any shooter

muzzles any other attendee, that action shall result in match DQ and removal from

competition. It will be the duty of the RO to inform the MD of the infraction, and the MD’s

call to issue the match DQ.

3. Unsafe transitioning: Transitioning on a barricade, or movement with out having the bolt to

the rear will result in the Range Officer having the shooter correct the situation, then move

back to the previous position firing position before resuming the course of fire. A second

DQ and removal from competition.

discharged from a firearm during a transition, movement, and/or weapons manipulation; or

a round intentionally discharged during a cease fire period. The competitor shall receive a

match DQ and removal from competition.

round unintentionally discharged from a firearm due to a mechanical failure. The participant

will be removed from the event until he or she can repair the rifle to safe working order. The

shooter will receive a zero for that stage, and all follow up stages will be forfeited during this

6. False Starts: Firing before the start signal will result in a zero for the stage.

7. If a Match Director judges a shooter to be under the influence of drugs or alcohol during

competition, the shooter will receive a match DQ and be removed from competition. The

shooter will not be allowed to drive from the competition while still intoxicated.

The following shall be read prior to the start of the competition. This briefing will also be at

1. Always point your rifle in a safe direction. Never point a rifle at anything you don’t intend to

kill or destroy. Only ground your rifle where you are instructed to by a Range Officer. If your

point your rifle at anyone else you shall be disqualified.

2. Always keep your rifle unloaded until ready to use. Only load the rifle when instructed to by

a Range Officer. With the exception of when it is your turn to shoot, rifles are always cold at

the events. This means the magazine is out/empty and bolt back. . Violation for breaking this

rule will be a warning on the first offence. A second violation will be a stage disqualification.

A third violation will be a match disqualification.

3. Keep your finger out of the trigger guard until you are ready to fire. If you have a negligent

discharge, you will be disqualified. If you have an accidental discharge / mechanical failure,

you will receive a zero for that stage and all follow up stages until the rifle is repaired.

4. In the event of an emergency, the Range Officer shall immediately declare cease fire which

will be echoed down the firing line. The Range Officer shall then size up the situation and

relay by radio the situation to the Match Director

1. Rifles shall be any caliber with a bullet diameter of .30” or smaller and not to exceed 3400

FPS. Shooters should understand that environmental conditions and chronographs vary.

They should take these factors into account when settling on their ammunition.

2. The use of rear bags, tripods, bipods and X-Bags is allowed.

3. The use of muzzle breakers and silencers will be allowed.

1. Soutpan gong challenge defines cheating as: acting dishonestly or unfairly in order to gain an

advantage in competition. Examples of cheating are:

4. Exceeding the velocity of 3400 FPS or using a cartridge above 300 Winchester Magnum.

5. Altering or destruction of score sheets.

6. Any other act as deemed unfair/cheating by a Range Officer or Match Director.