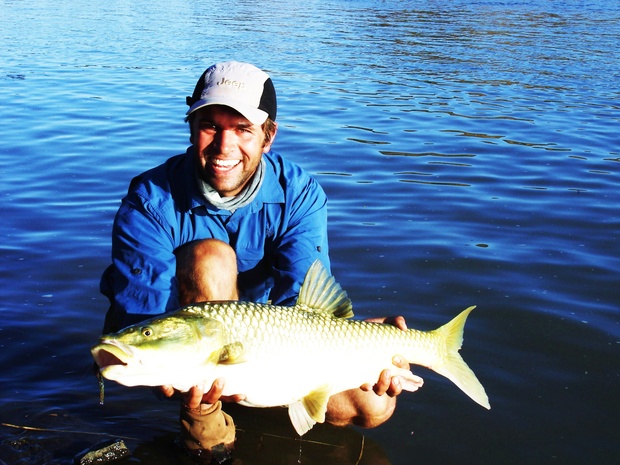 Are you planning a fishing trip to Africa? Which species should you be scouting for?

The mystical golden mahseer has played havoc in many fly fishermen’s dreams over the years. Its sheer size, predator like features and amazing colour makes it one of the world’s premier game fish. The fly fishing fraternity normally think of tigerfish when a fishing trip to Africa is planned. No doubt, the aggressiveness, teeth and acrobatics when hooked makes the river dog, as tigerfish is often referred to, a worthy advisory, add the incredible African fauna and flora and the fishing is nothing short of world class.

There is however a fish that gives both these species a run for its money, the largemouth yellowfish. Labeobarbus kimberleyensis (largemouth yellowfish) is closely related to the mahseer and it doesn’t take much to see the resemblance to their Indian cousins. The apex predator in the Vaal and Orange River systems of South Africa reach remarkable size with a known maximum of 50lbs! 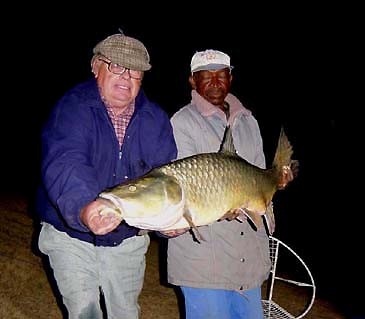 Above: The largest one caught on record was by the late John Southey at Douglas, 100km downstream from Gkhui Gkhui River Lodge. 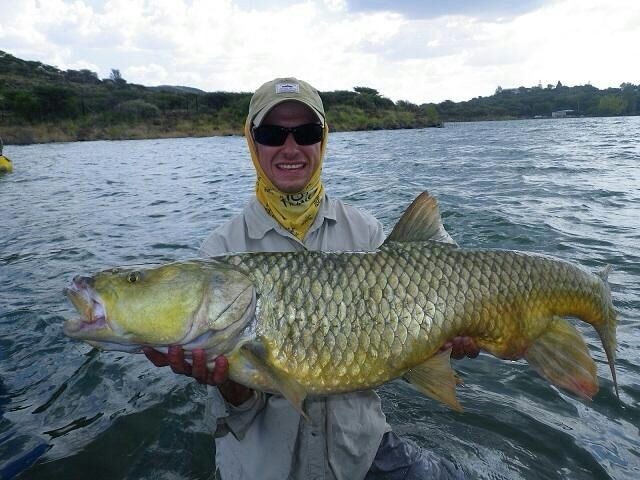 Above: Another noteworthy fly caught largemouth was at Vanderkloof dam, only 70km upstream from the lodge, by Tony Grace.

Gkhui Gkhui River Lodge is situated on a private stretch of river that is conserved and in pristine condition. With two of the largest largemouths ever caught, coming out upstream and downstream from the lodge and several respectable largemouths being caught during each season, it is just a matter of time before another monster is landed. 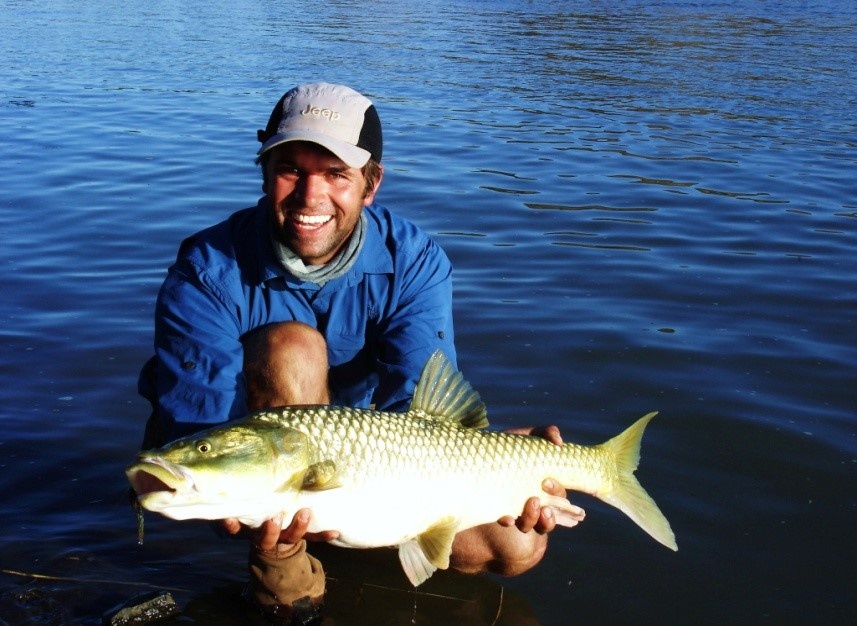 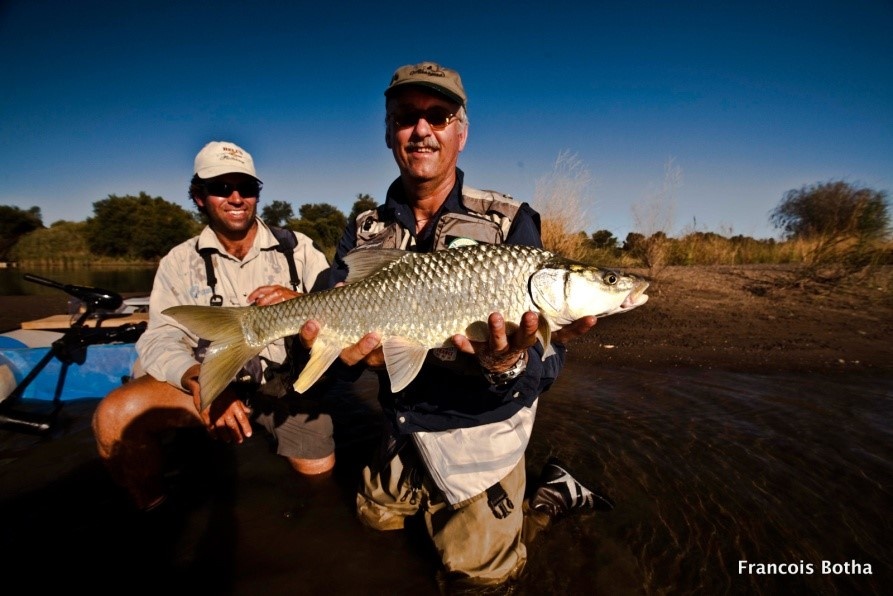 Above: Chris Van der Post with a specimen that almost appears white and blue!

These highly sought after game fish are commonly found throughout slow runs and deep pools in the river and they tend to hang around various structures waiting in ambush.  The conserved water around Gkhui Gkhui River lodge is especially healthy and clear with plenty of ideal largemouth hunting water. The Orange River is widely regarded as  the superlative river to target these big fish and the stretch between Vanderkloof Dam and Douglas (where the polluted Vaal River enters the Orange River) is arguably the best stretch of this immaculate river. 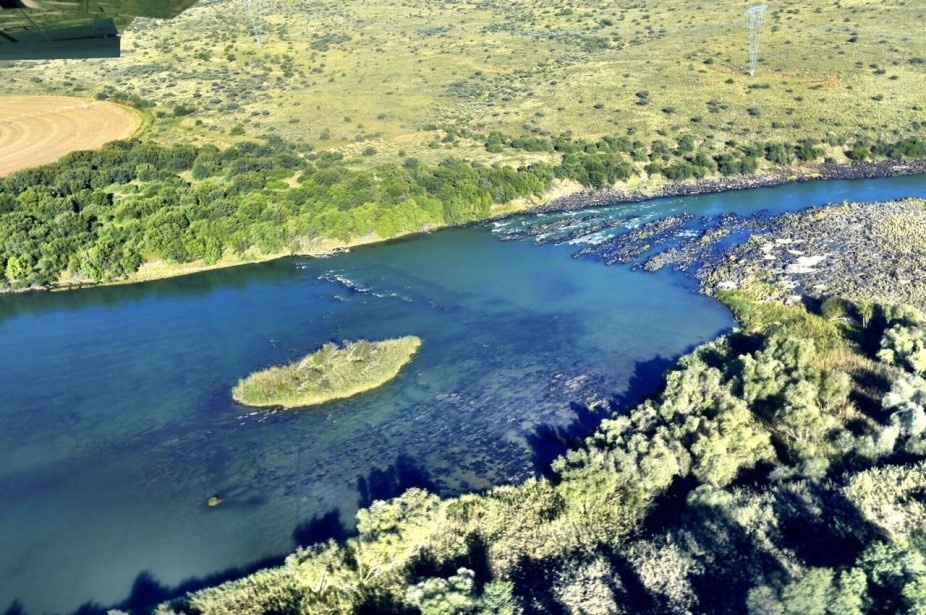 Above: A fantastic stretch of the mighty Orange River, the ideal habitat for largemouth yellowfish

These selective feeders primarily prey on other fish although they are known to also feed on crustaceans and even small nymphs and terrestrials. They aggressively strike baitfish patterns and often make long runs. They are capable of taking very large prey with their large mouth and are built like a true predator. 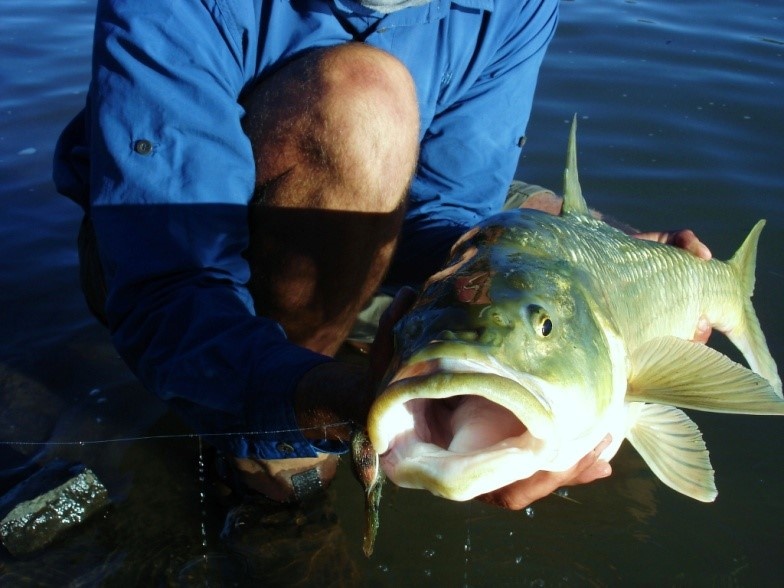 Above: A good fish taken on a baitfish pattern

The guides at Gkhui Gkhui River Lodge and The Fly Guides specialize in targeting these unique fish and has years of experience in targeting them on the Orange River. With custom built catarafts and sneaker boats that get you on the best spots, there is no better place, to have a chance of catching your fish of a lifetime! 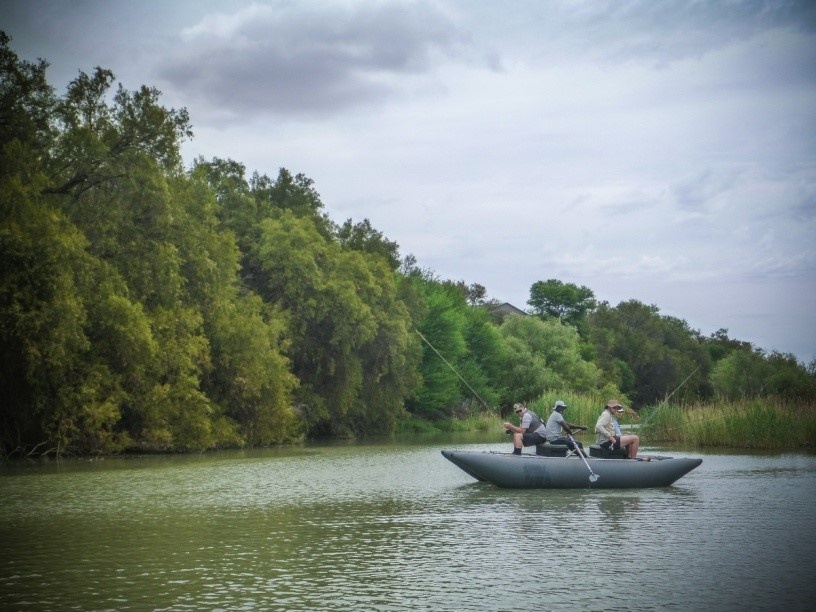 Above: Fishing from the unique catarafts at Gkhui Gkhui River Lodge